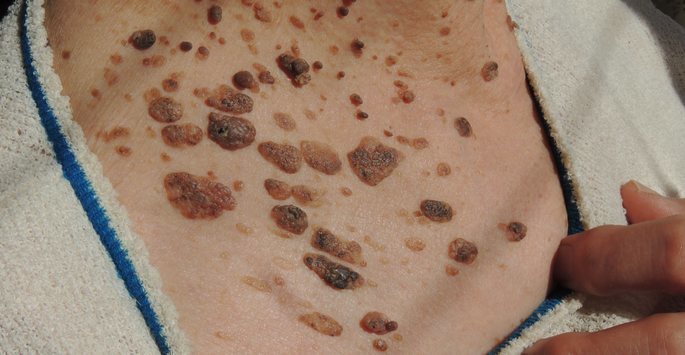 Scaly or crusty growths (lesions) caused by damage from the sun’s ultraviolet (UV) rays, actinic keratosis (AK) is also known as solar keratoses.  They typically appear on sun-exposed areas such as the face, bald scalp, lips, and the back of the hands, and are often elevated, rough in texture, and resemble warts.  Most become red, but some will be tan, pink, red, and/or flesh-toned. Untreated AKs can advance to squamous cell carcinoma (SCC), the second most common form of skin cancer, and some experts believe they are actually the earliest stage of SCC.
More than 58 Million 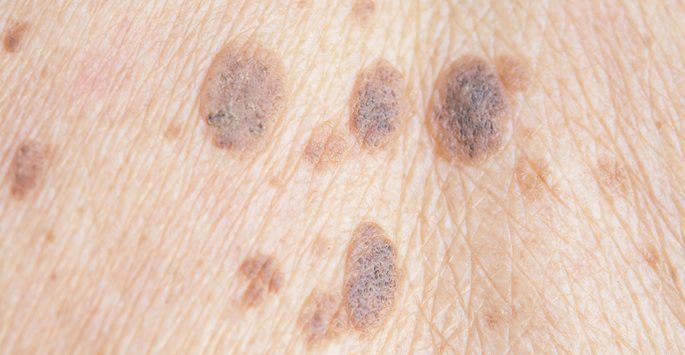 This figure is generally accepted as the best current estimate of the number of Americans with actinic keratosis (AK). People with a fair complexion, blond or red hair, and blue, green or grey eyes (Identify Your Skin Type) have a high likelihood of developing one or more of these common precancers if they spend time in the sun and live long enough. Location makes a difference: The closer to the equator you live, the more likely you are to have actinic keratoses. The incidence is slightly higher in men, because they tend to spend more time in the sun and use less sun protection than women do. African-Americans, Hispanics, Asians and others with darker skin are not as susceptible as Caucasians. 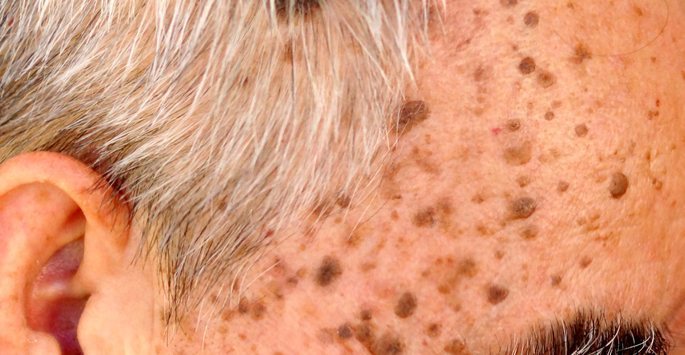