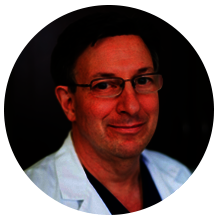 Charles Rosenberg MD Ph.D. is a Fellow of the American Academy of Dermatology (FAAD) and Diplomate of the American Board of Dermatology. He is originally from New York and trained many prestigious universities including Washington University in St. Louis, Cornell University, and the State University of New York. His Medical Internship was at Northwestern University in Chicago and he received his Dermatology training at the University of California/San Diego. In addition to his medical degree, Dr. Rosenberg holds a Ph.D. in Cancer Research from Cornell, where the focus of his studies was on Multiple Melanoma. He is currently on the staff of Hoag Hospital and Orange Coast Memorial Hospital and has always been active in Huntington Beach community with education and screenings.

In practice since 1993, Dr. Rosenberg treats all dermatologic maladies but has special training and a focus on Skin Cancer detection and treatment. He has performed surgical procedures to address skin cancer throughout his career and is particularly adept in performing the MOHS method of skin cancer removal; he has performed > 6000 cases of this “MOHS” procedure in his career.

Dr. Rosenberg is married with two teenage kids and resides in Newport Beach. He loves to travel, all things tech, as well as the Ducks and Angels. He is a huge history buff and you’ll probably have a hard time stumping him with fun facts and trivia.